Roller Champions, a new, made by Ubisoft, PvP sports game, is coming to us soon. I was able to get the closed alpha access thanks to a friend. And here is my review of the game so far. I do expect Ubisoft to improve greatly upon this game.

There is no specific story for this one. As stated before this is a sports game and they do not tend to have a complicated story. The thing is that you can make your own story, by yourself, or with friends.

Yes, this game can be played in teams.

In Roller Champions, two teams of three players face off in global roller-skating arenas. The objective is to grab the ball and work with your teammates to dodge, pass, and score on opponents as crowds of fans cheer you on. Roller Champions is all about competition, so teamwork is key. 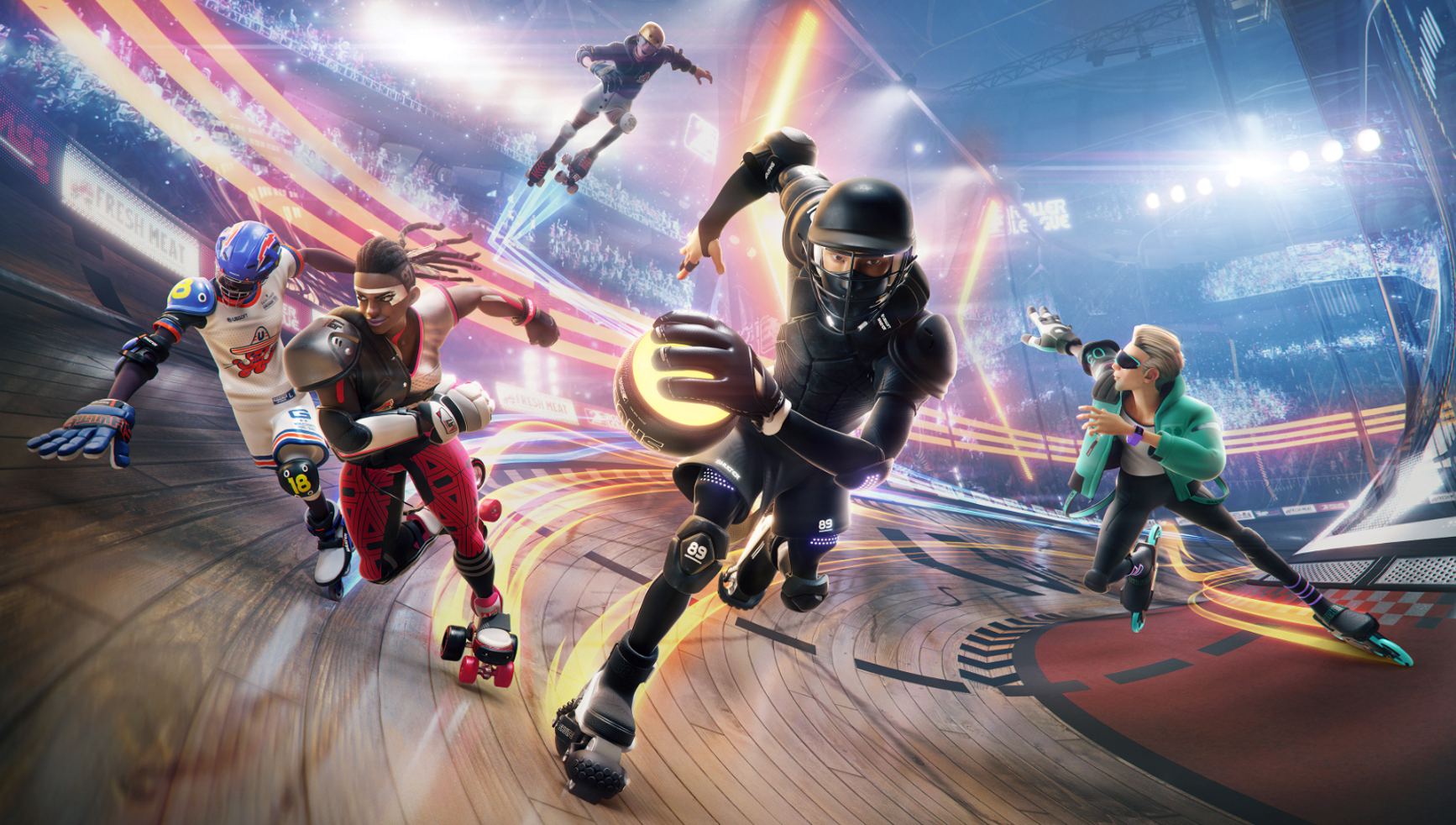 Gameplay is simple. Roller Champions puts players in massive worldwide arenas where you’ll need to use speed, smarts and environment to be the first to score five points. Scoring those points is very fun.

As you gain speed, score goals, and jump around doing stunts, you gain fans.

Your fans are your XP. You may start from humble beginnings aka you have one fan in the beginning, soon enough, tho, you’ll be packing arenas and playing to roaring crowds. As your fanbase grows, you’ll be able to buy and open up new gear, outfits, animations, and other customization items.

Playing with a keyboard and mouse is a pain. Mostly because aiming using your mouse is hard while in full speed. Even the game tells you to have a controller on hand. I do agree with it. For the sake of having fun and understanding the game better, so even you who read this review can understand it and grasp the difference I played on both.

I went with both keyboard and mouse and with controller. The game is super fast-paced and one game lasts 7 minutes. In those 7 minutes, you can score 5 points or more. The first team to 5 points wins.

And playing with keyboard and mouse is hard if you wish to be able to shoot the ball into the goal. One moment like that was when I was in full speed aiming right at the goal and still missing because my character moved a millimeter.

Using the controller I was able to score perfectly, mostly because my character was going in a steady line and wasn’t triggered by mouse movements.

This is the game where I agree that using the controller on PC is the best option.

The one thing lacking in the game is customization. The game itself is saying that you can customize things, like my controller keys, but it is not letting me do exactly that. Character customization is also limited, but it is not a problem, as most of the game you see the back of your character and you can buy cosmetics with in-game currency. There are still some bugs, but they are slowly being fixed. I do hope they fix all the bugs soon because they did slate the game for 2020 and that means that the finished product should soon be out.

Ubisoft has probably developed a very fun sports game. That’s it. That’s my opinion. This might be an alpha version of the game but the game felt good most of the time. Ubisoft games are starting to look better and better, and I have already signed up for another testing phase. This game is a bit addicting and has microtransactions but they are not necessary, as they are only minor cosmetic items.

It’s quite hard for me to imagine that aiming is easier with a controller than with a mouse / keyboard, but I will trust your word on it. xD

And about lack of character customization, at least they didn’t first make cosmetics and added a game on top of it, like one other “Champions” game *cough* https://geekpower.net/quake-champions/ *cough*

Aiming is easier with controller, because the character is set to go in one fine line, while if you aim with a mouse, your character is keen on moving the way you move the mouse. It is one problem that Ubisoft has to fix in order for harcore PC gamers to fall in love with the game.

Tiny Toon Adventures is a 2D side-scrolling platformer game developed and published by Konami. It is based on a cartoon series with the same name and it is the first game in the series of Read more…

Why The Last of Us Part 2 sucked

Sorry but this is not a review, this is a rant. And oh will I rant in this one. I will be talking about the bad and the worse of this game. First, let me Read more…