Journey to the Savage Planet is a very cute and slow-paced adventure game. Your goal is to explore an uncharted planet in service of Kindred Aerospace.

It’s a short game that’s sort of satisfying, it’s a good comedy game that actually has funny dialogue and cutscenes. And if that wasn’t enough, it also has a crafting system that isn’t too complicated.

What is JSP about

First, to get something out of the way, Journey to the Savage Planet can be played as a singleplayer or as a co-op game. You might think that this game looks so much like No Man’s Sky at a glance, and you wouldn’t be so much off-target. That was also my first thoughts of the game.

This is a game where the player gets to be a slave to Kindred. 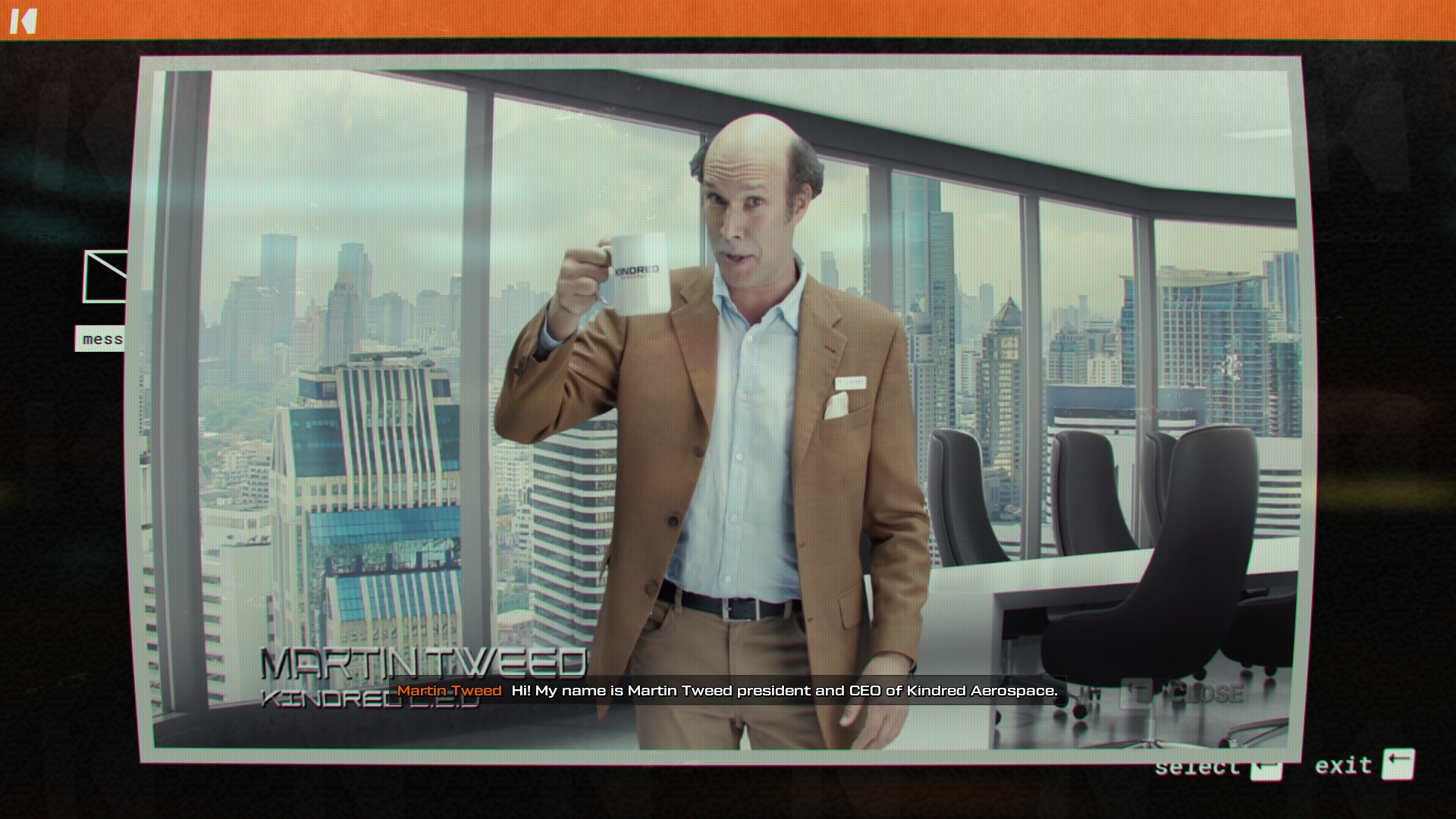 All of this works fine, and the colorful environments are enjoyable to explore despite the tired floating island concept. Within the planet, you can see giant mushroom forests and crystalline caves, while its center is dominated by a mysterious alien megastructure. One of Savage Planet’s more notable achievements is communicating a sense of scale and freedom in a game that is only a fraction of the size of most open-world contemporaries.

JSP is a first-person action-platformer about collecting resources, crafting upgrades, using them to explore AR-Y 26 planet, and shooting various cute critters that get in your way. 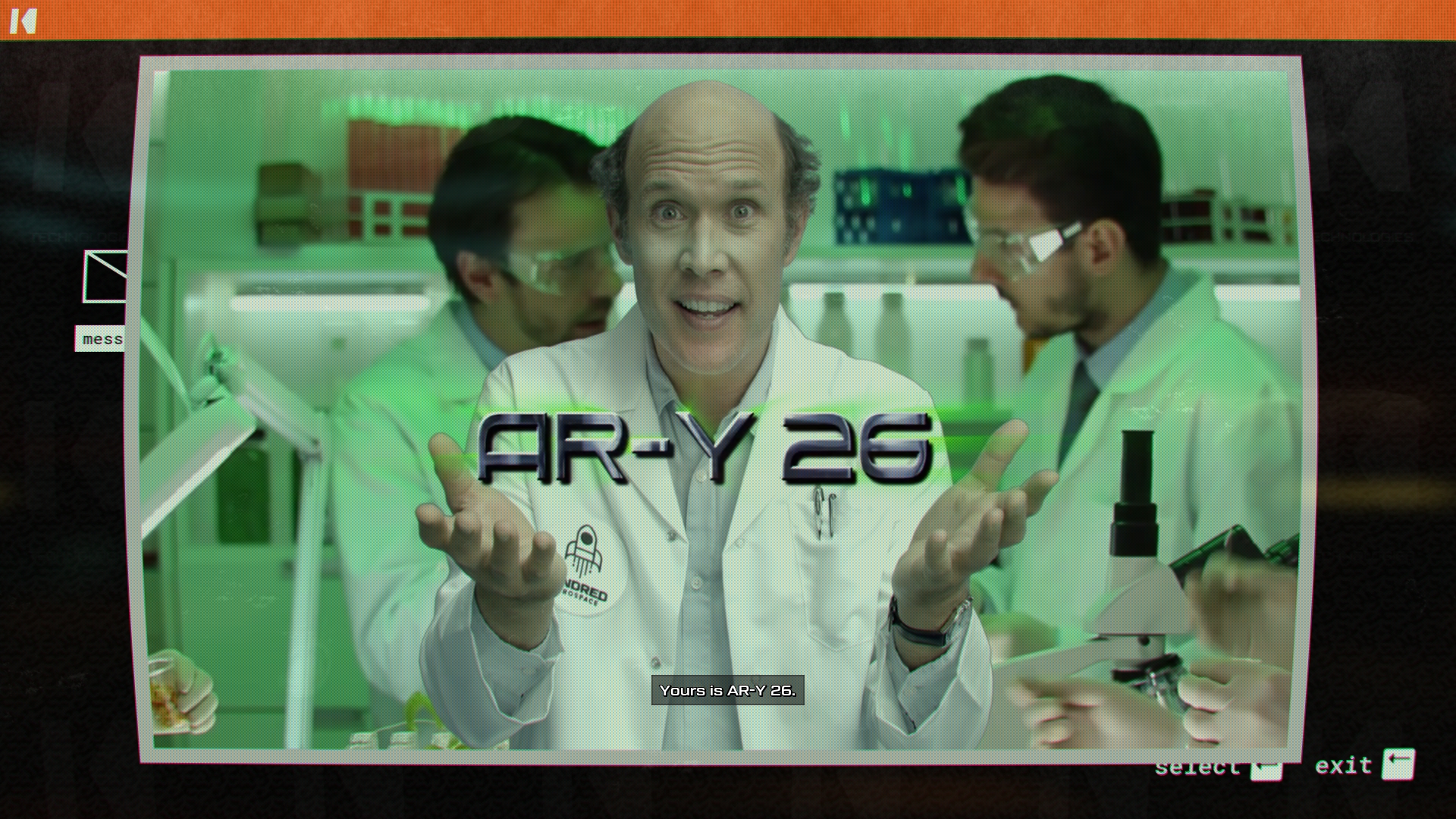 Just as importantly, it’s a blunt and relentless caricature of modern culture.

You can upgrade gadgets by finding Metroidvania-style upgrades that unlock new areas, and by adding more resources. There are only three main resources: carbon, silicon, and aluminum, which keeps things straightforward and easy to keep track of.

It’s not Ark or No Man’s Sky, even if it wants to be. I didn’t have to smelt any iron or grind any materials. Resources exist simply to encourage you to explore. Upgrades let me flesh out my play style in mostly optional ways. They also encouraged me to experiment. Early in the game, the AI told me to find an alien alloy that I could use to make a crucial upgrade. The target alloy was marked on my compass, and it was easy to get to it. But as the game progressed the alloys were further away and it was more tedious to get to them.

Every alien animal you slaughter explodes into a quivering mass of vivid goo. 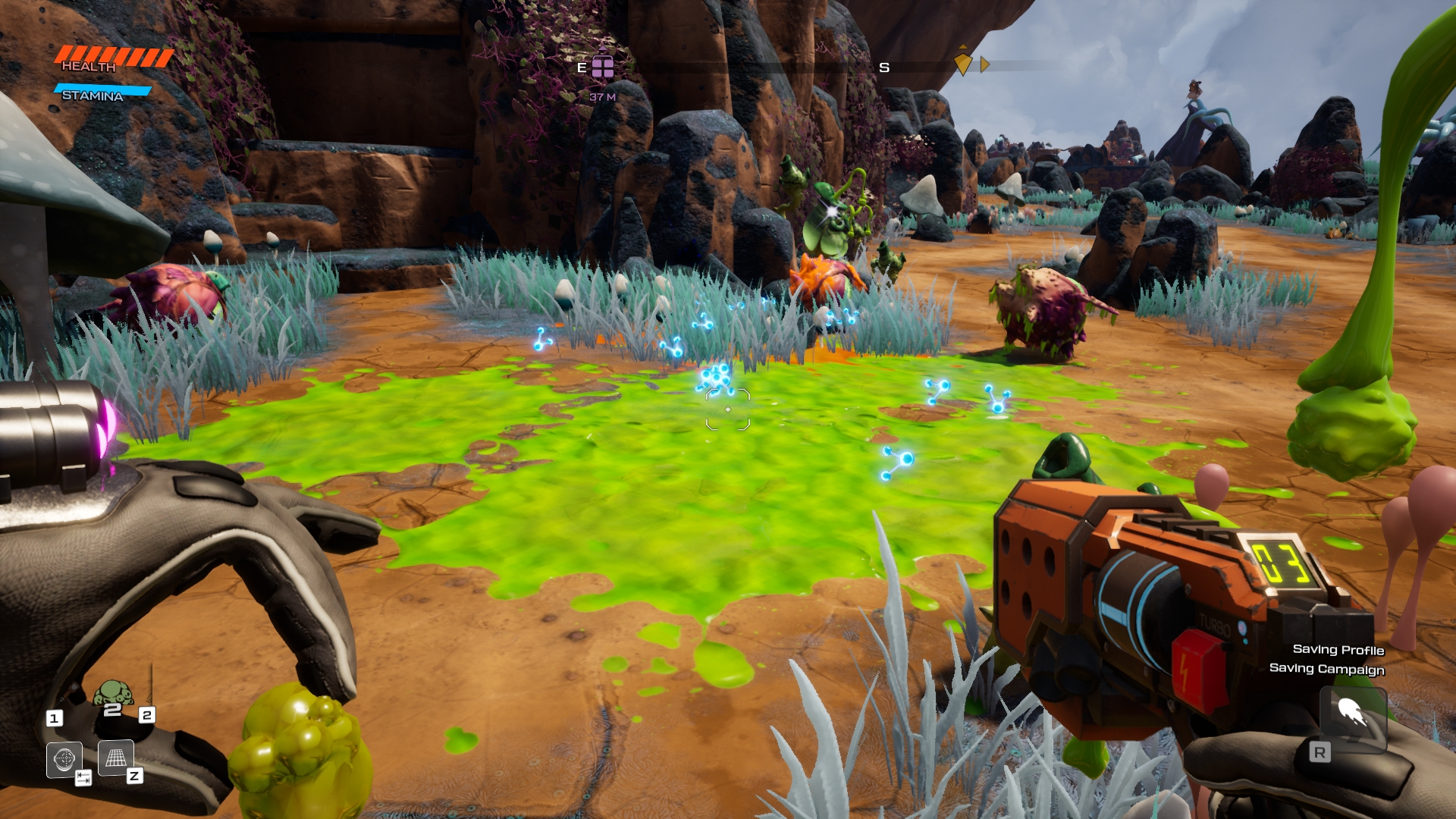 On your ship, you can see obnoxious adverts for products like memory-erasing “brain wipes” yammer at you from a wall-mounted TV.

Savage Planet has a first-person platformer feel to it, with cliffs and ledges and areas that take some puzzling over before you can figure out how to reach them. I find myself trying to reach a peak and having to circle around and try different methods of hopping and climbing to reach it. Ultimately I don’t have much luck scaling the looming cliffs. I find myself usually plummeting back down and having to circle around again to try to spot an easier route to the top. 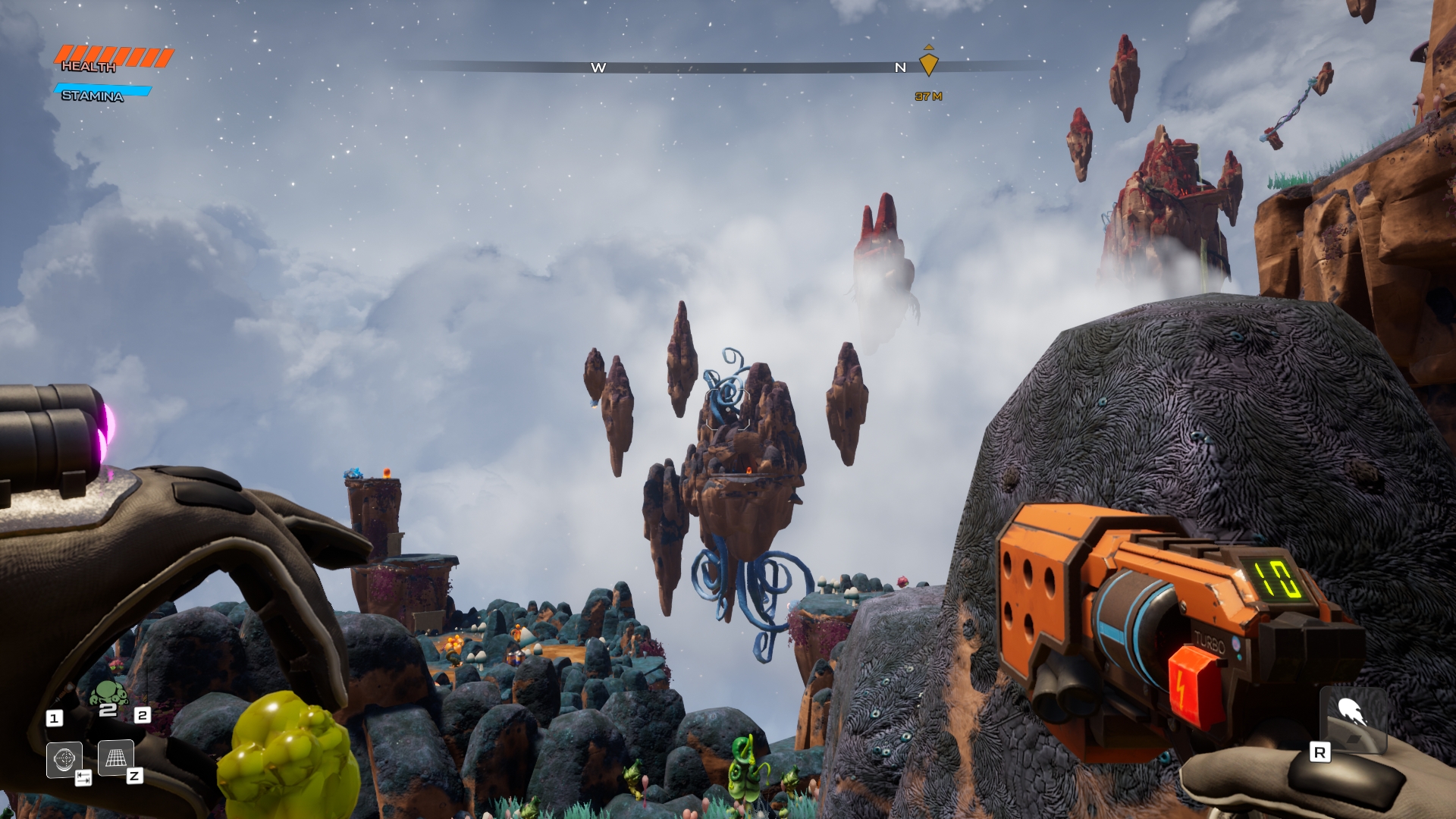 The bosses are also easy, with minimal need for hard work you will be able to kill even the last boss. The only hard parts of the game are the tedious resource gathering and scaling the unlimited amount of floating islands.

Strangely, for all the noise Savage Planet makes, its strongest moments are its quietest. When there are no creatures in front of you, when you are in the air and when you are watching the vast colorful floating blocks.  There’s an element of silent theater to the way your character communicates its goofy personality through its hands. The world design is spotted with pleasing flourishes, trees bearing foliage that transforms into butterflies. In the end, it’s little touches like this, rather than the more in-your-face moments, that lend Savage Planet the dash of flavor it spends so much energy searching for.

I have waited to 100% complete the game in order to write this article. In no way is this a perfect game. It is more tedious than even Minecraft. It made me sad to sacrifice the fauna and made me hate the flora.