Do you want a bad game? A Game made out of the worst parts of other games? A Devil May Cry clone game? No? Well, you don’t get to choose. Enter Devil’s Hunt, a game made out of storylines from a couple of games, including Devil May Cry, Dark Souls, Painkiller, Doom and Soul Reaver.

Based on the original novel by Paweł Leśniak, “Equilibrium”, this third-person action game resurrects the everlasting fight between light and darkness, as a full-fledged war between Angels and Demons seems imminent and our world is the proposed battleground.

You play as Desmond, once a son of a rich entrepreneur. Desmond earned money by underground fighting. Desmond’s life has been drawn into a sequence of unfortunate events that have led him to lose most of his humanity. Making a deal with the devil, Desmond gains demonic powers, becoming the hell’s executor. He is being called both the destroyer and the savior, with his human part gradually deteriorating as his hunger for vengeance grows. He fights fiercely with his fists and claws, making use of the skills offered by his demonic and human side. Passing through the gates of hell and back, he will eventually have to decide about his impact on the future of humanity.

Even though the story is set up to be like this, all characters are forgettable, even Desmond. 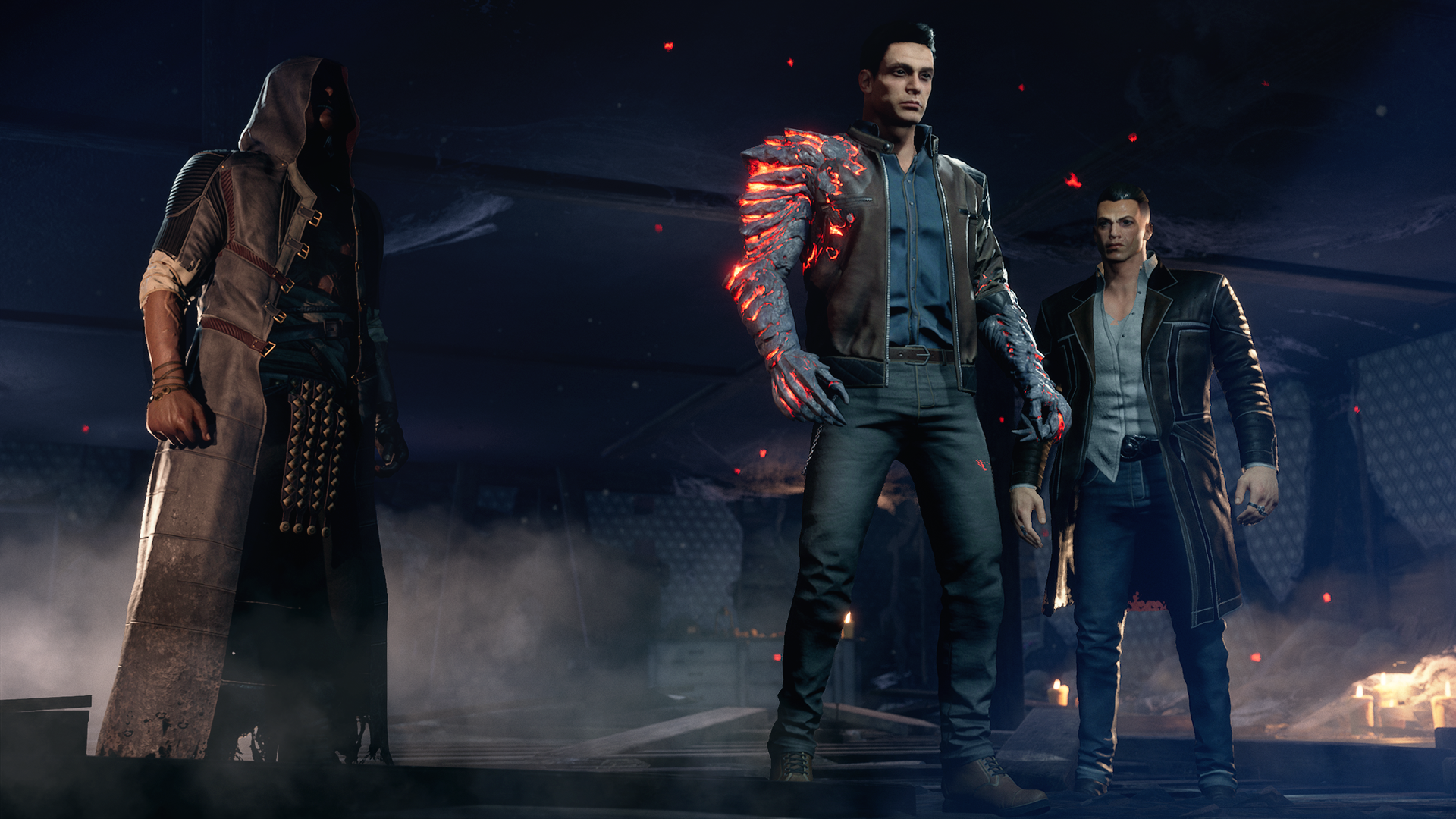 Is a bit weird and too easy to understand. You are a boxer, so you only use your fists. So what we have is fast-paced combat – punch, slash, and kick your way through the armies of demons and angels in Devil’s Hunt hack ‘n slash battles. Desmond is too similar to Dante from DMC: Devil May Cry game.

You can even change forms,  unleash your inner demon by flipping between Desmond‘s human and infernal form. Choose between 3 different fighting schools to conquer each challenge your way! Basically use Dante’s Devil Trigger, but in a game with forgettable story and characters.

Explore the depths of hell, the game is said to take Desmond to many locations, including hell itself. Venture into rich environments like Miami, and Jerusalem, except, you don’t. The exploration element is straighter than my hair.

Eat souls, because that’s how you gain power and upgrade points.

You can not jump, you can run if the game lets you, finishing kills have a Doom like prompt, and climbing is only triggered by getting Desmond in the right position and waiting for the E prompt.

Enemies are too easy, and Desmond’s biggest enemy is his own father, who saw him for what he is, a failure. That part kinda reminds me of Assassin’s Creed games. Desmond, hated by his father for choosing a different job, than what has been chosen for him, trying to prove his father wrong, he starts to work for the other side. The story is exactly the same.

All in all, the game has crude language, good music, awful voiceover, bad graphics that are on PS3 levels on high-end PC’s, very bad optimization for high-end PC’s. I might say one thing, the game was made in Unreal engine, but it does not do it any justice. Almost all elements used in the game look to be free assets, with bad graphics. The game has so many elements that are in 2D, for no particular reason (fire in the fireplace, rain, water, particle effects, light, and some squiggly lines here and there). 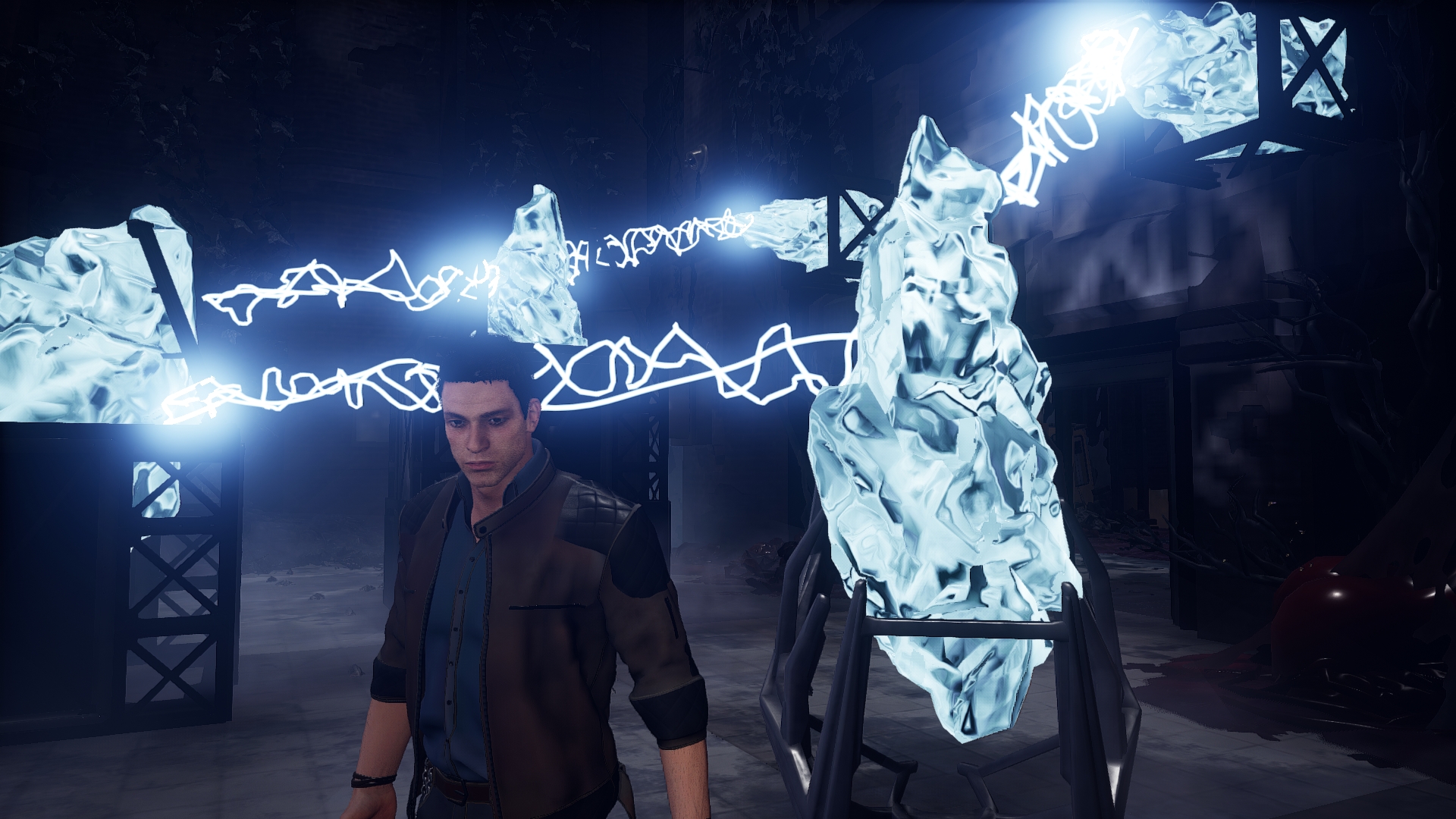 Devil’s Hunt has definitely been the worst game I have played this year but that doesn’t need to discourage you from trying this game. Who knows maybe you would take a liking to it.