Let me start right away by saying that Batman for NES is one of the best games on the NES! Developed by Sunsoft it was loosely based on the movie Batman (1989). It was published for NES in 1990 (Europe and North America) and at that time, it had to compete with games for next-generation 16-bit consoles. Developers made a big effort to pull out every atom of power that NES was able to give and by doing that, they created this masterpiece. 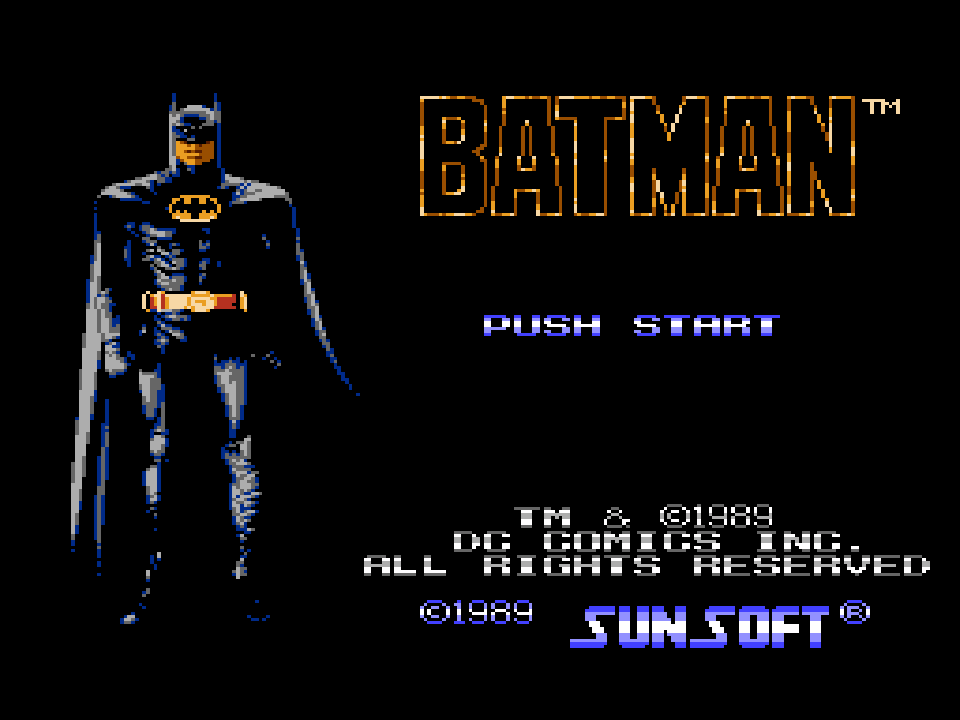 As I already said in the introduction, the game is loosely based on the movie Batman from 1989. It follows our hero in his quest to find and kill Joker.

Joker – Batman’s arch-enemy, has spread poisonous nerve gas over Gotham city and is terrorizing the population. He also killed Batman’s parents when our hero was just a child. Batman decides that it is time to stop this evil once and for all.

Batman: The Video Game is a side-scrolling platformer with an interesting addition of wall jumping, similar to wall scaling in Ninja Gaiden. Game is quite hard, as they say, “NES hard”, but luckily levels are short, and when you die, it is not too hard to get back where you were. Also, you have unlimited continues. 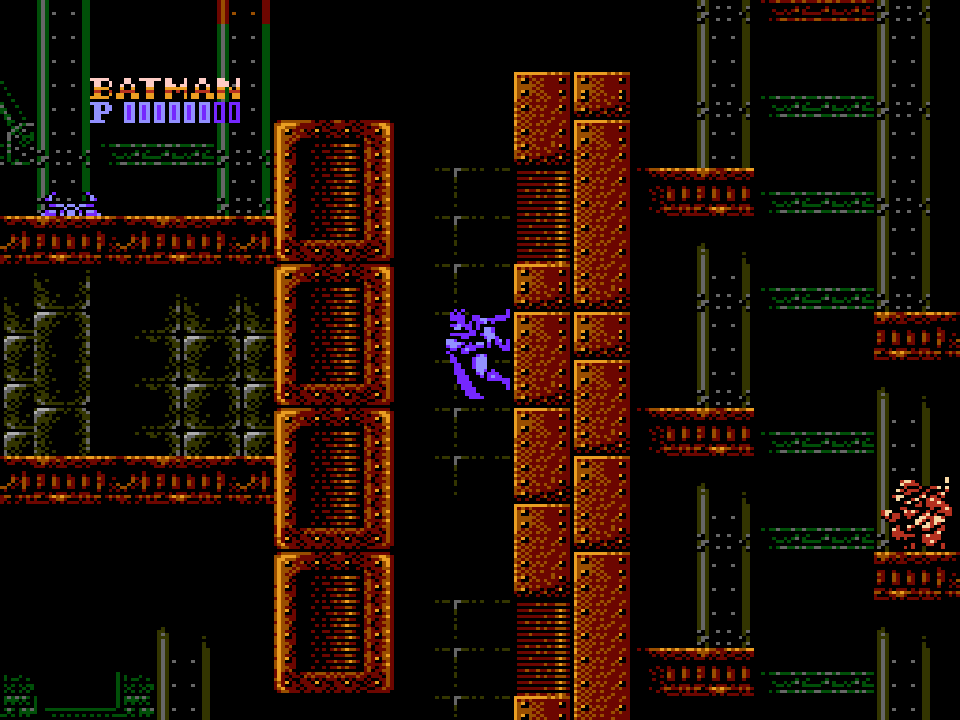 Except for his fists, Batman can use three projectile weapons: the Batarang, Batdisk and Bat Speargun. 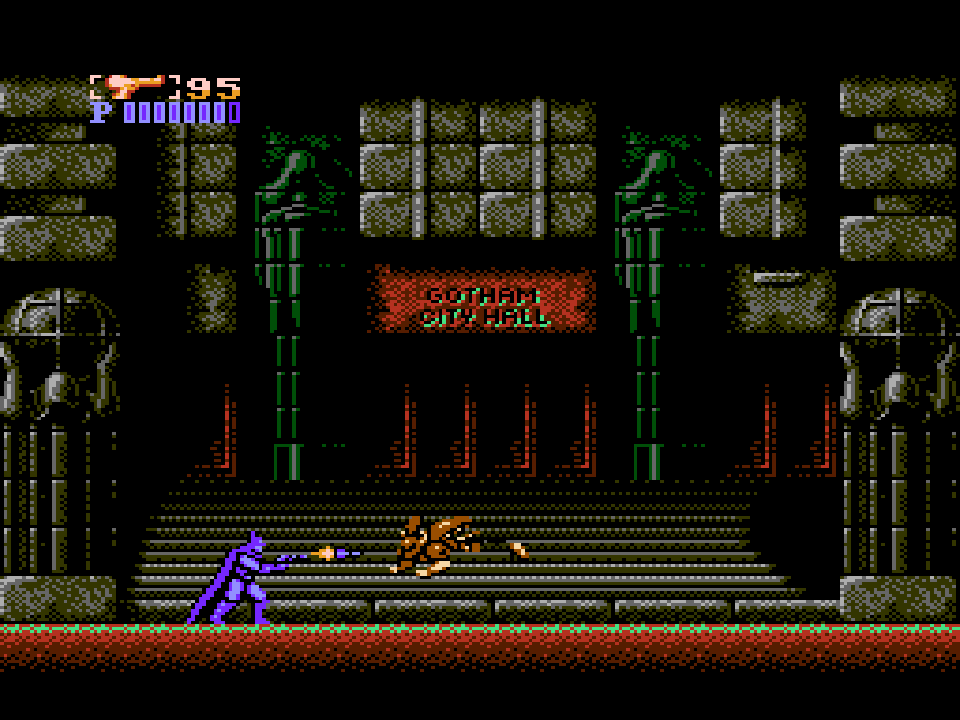 Killing enemies gives you plenty of ammo and sometimes health, so you will never be left without any. Enemies respawn as soon as you leave the area, so you can just come back and kill them over and over again, to stack up before proceeding forward.

Playing this game, you will get a chance to fight on streets of the Gotham City, Axis Chemical Plant, in sewers, Mysterious Laboratory and finally at the Gotham Cathedral Belltower. At the end of every level, there is a boss. 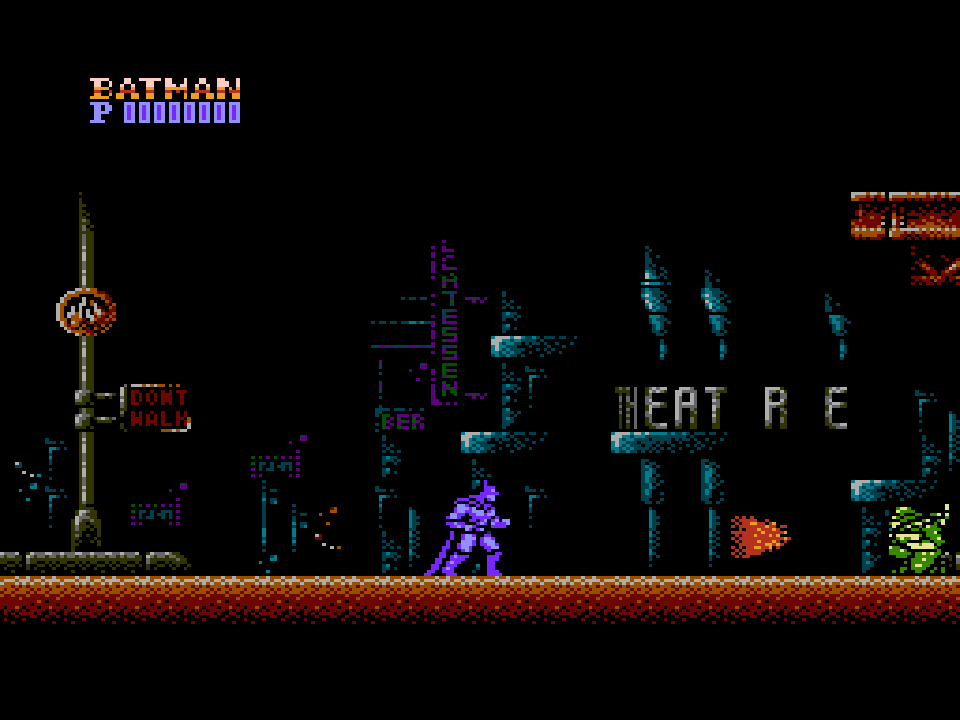 You will recognize some enemies from DC Comics, such as: 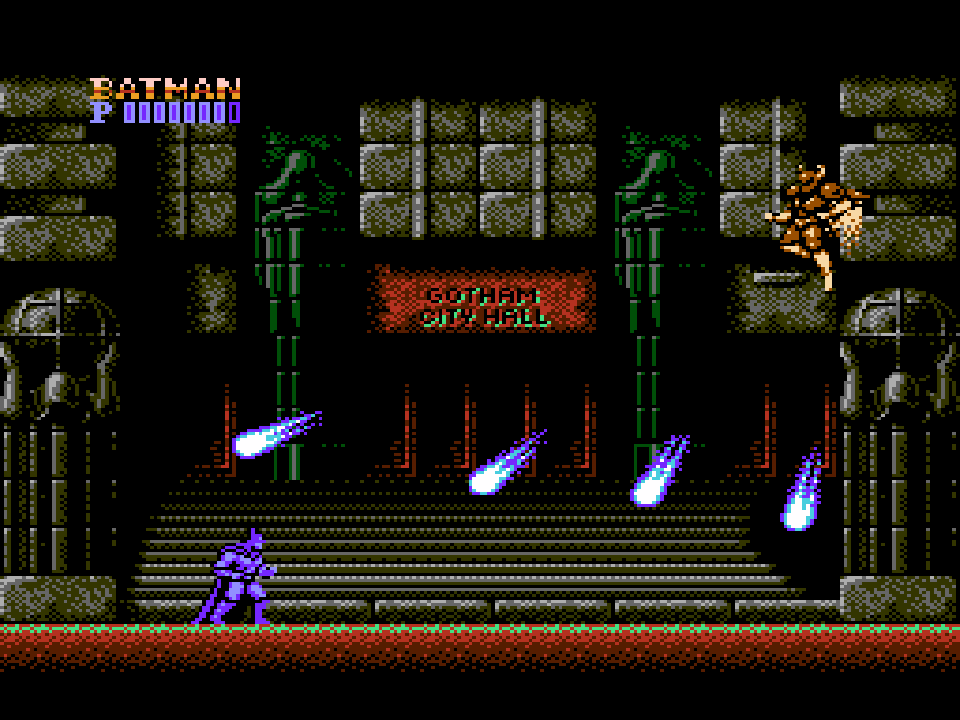 Even by today’s standards, graphics look amazing! Batman was released in a time when 16-bit Sega Genesis and TurboGrafx-16 were already out, and developers really pushed the limits of what was possible on 8-bit NES. A lot of effort was put into making backgrounds, sprites, backgrounds, cut-scenes, and animations looking as good as possible. Some people even claim that graphics in this game can rival graphics of 16-bit games and I absolutely agree with them. You will get the best impression of the wonder developers did with this game if we compare it to another game on the same system (Metroid). 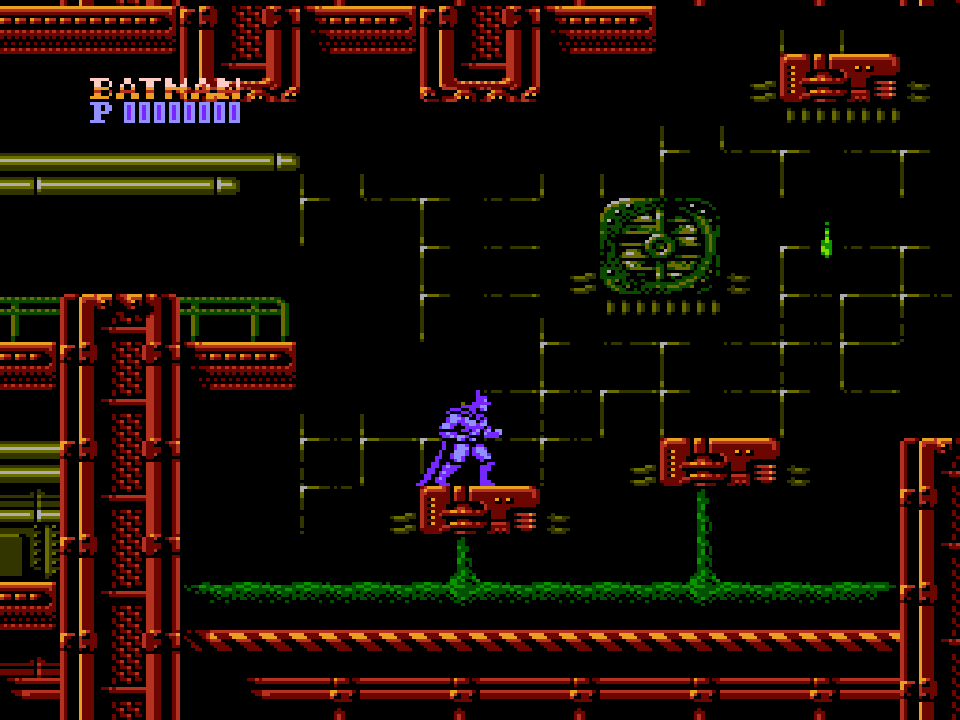 In my opinion, Batman NES is one of the top 10 NES games. If you haven’t played it so far, you definitely should, not only because it’s a classic, but also because even after 30 years it is still an awesome game! I rate it 10/10.

You can buy Batman: The Video Game game for Famicom, Famiclon or Subor, using this link and support our blog. (Game might be in Chinese) 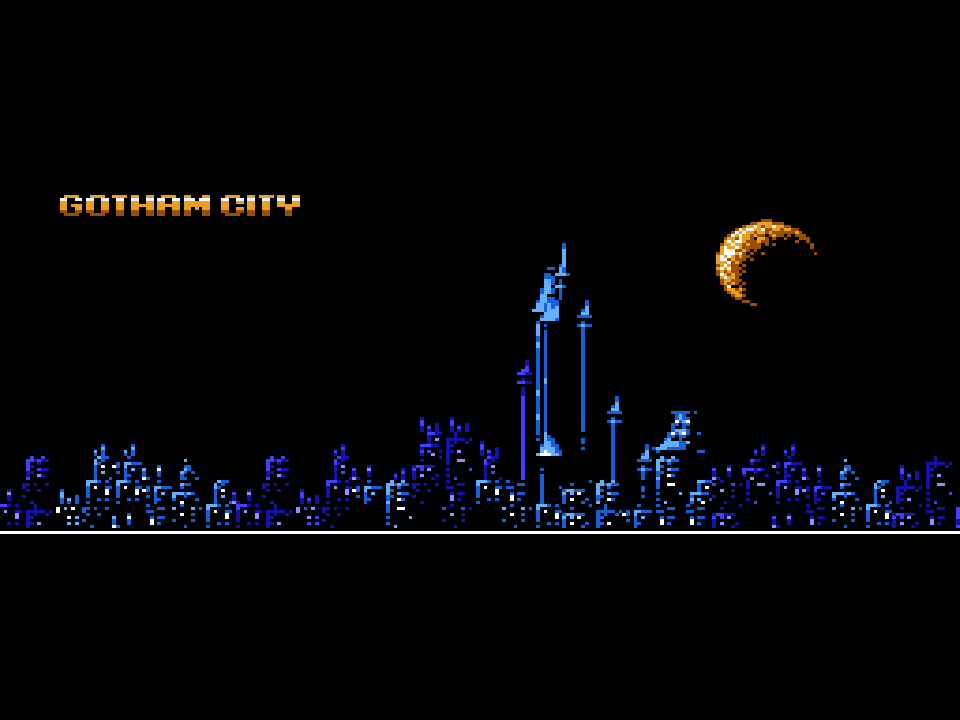